Why not have a New Year’s Eve with a difference – Murder, Champagne, 4 Course Banquet & Disco 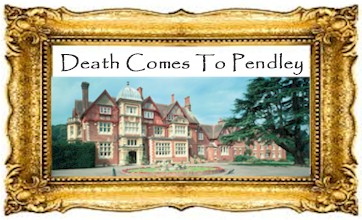 What better way to see in the New Year than with a Murder Mystery Dinner. Johnny Rich, the world famous film producer, has cordially invited you to the launch of his latest blockbuster movie – “Death Comes To Pendley”, the long awaited sequel to “Prejudice & Pride”.  This film is going to make a lot of people a lot of money.  And where there’s money, there’s Murd…….  no, that would be unthinkable at such a prestigious event.  The contracts for the film are due to be signed and it is rumoured that the lead actor and lead actress will be announced on the night.

The venue for this prestigious auction is the Pendley Manor Hotel Tring, a four star country house hotel with oak panelled dining rooms, corridors that remind you of the Orient Express and peacocks roaming the grounds. Whilst this is a hotel with enormous character there are full leisure facilities including an indoor pool, spa bath, sauna, snooker room etc. Details of the hotel can be found at www.pendley-manor.co.uk

The New Years package includes afternoon tea and cakes, a champagne drinks reception with canapes, the Murder Mystery plot with 5 actors, a four course candlelight dinner with coffee, a bottle of champagne per couple at midnight, disco through to the early hours, accommodation and brunch on New Year’s Day.